You don't have javascript enabled. Good luck with that. A Complete Guide to WordPress Development in the Web3 Era
Login Register

A Complete Guide to WordPress Development in the Web3 Era

There is no denial of the fact that new-age individuals cannot survive without the internet. We practically live on smart gadgets and the world wide web is an integral part of our day-to-day activities. Having said that, technology is evolving like never before and so, does the internet. We have easily switched from Web 1.0 to Web 2.0 where the first version was just an informative, unidirectional way of delivering information about products and services from the internet to the users. As opposed to that, Web2.0 is a highly interactive approach that offers an exchange of information on both sides. Here is a complete guide to WordPress development in the era of Web3.

We are currently using Web 2.0 for almost everything including social networks, search engines, video platforms, websites, enterprise software, etc. However, there are some limitations to this version as it centralizes the power of handling information to certain tech giants. Private data of consumers is used by these giants to increase their global business. More so, the money earned by internet-based businesses is in the hands of a few technocrats who can exercise their authority and control over powerful platforms like social networks. To reduce such practices, the software community wants to switch to a better third version called Web 3.0.

Well, it is still a concept that will decentralize the internet by distributing power equally between companies and consumers. It offers governance of the internet in the hands of a community rather than influential individuals. It promises to protect consumer data by adding layers of Blockchain technology to create more privacy. It would create an AI-integrated ecosystem with a predominance of machine language for data privacy. The end result would be a more secure internet with equal rights for consumers, creators, and platforms.

WordPress-Web3 – What to expect in web development?

WordPress-Web3 – What to expect in web development?

WordPress is a platform that believes in ‘democratizing publishing and commerce’, which is already in alignment with the philosophy of Web3. Firstly, WordPress is open source and Web3 is planning to incorporate more open source technologies. The next big thing WordPress developers can tap into is the decentralization of the internet, which means website data would be stored on a number of blocks created through blockchain, making data more secure.

This is a big step as currently payment of content is decided by the platform while Web3 would introduce Non Fungible Tokens (NFT) which can be royalties charged by the content creators. This gives equal rights to the creators where they would get a cut-off pre-decided by them and the WordPress party they are dealing with.

Another wonderful alignment of WordPress and Web3 is by offering a Web3 wallet to consumers. This can be used by WordPress eCommerce sites to offer tokens for pre-sale offers, luxury products, discounts, etc. can be offered to their loyal customers. This resolves the current issue of products being purchased by bots as companies can define who can access their exclusive products.

Wapuu epitomizes WordPress and is a mascot representing the WP community across the globe. It is customized across countries to give a specific, individualistic feel to WP development. Web3 and WordPress together can actually monetize Wapuu by creating Wapuu NFTs. Each time Wapuus are traded, half of the royalties will be delivered to the WP community. This way, companies using Wapuu can become investors in WP, which is a big step for tech companies.

As Web3 promises to bring in cryptocurrency and bitcoin technology, the Web3 WP community can expect their very own WordPress Core Contributor Coins. WordPress developers would be rewarded with these coins, for their contributions to the community. This method of incentivizing is not possible without Web3.

Is WordPress ready for Web3?

Well, the core vision of WordPress is more or less aligned with the ideology of Web3. WP believes in giving equal rights to developers and decentralizing the IT ecosystem. In fact, a similar concept called ‘Connected WordPress’ was suggested by WordPress core developer, Gary Pendergast. He does not underestimate the benefits of Web2.0 but definitely asserts that WordPress-Web3 could be a deadly combo with a similar structure as that of the concept of Connected WordPress.

Let us check how WordPress sites can benefit from Web3: 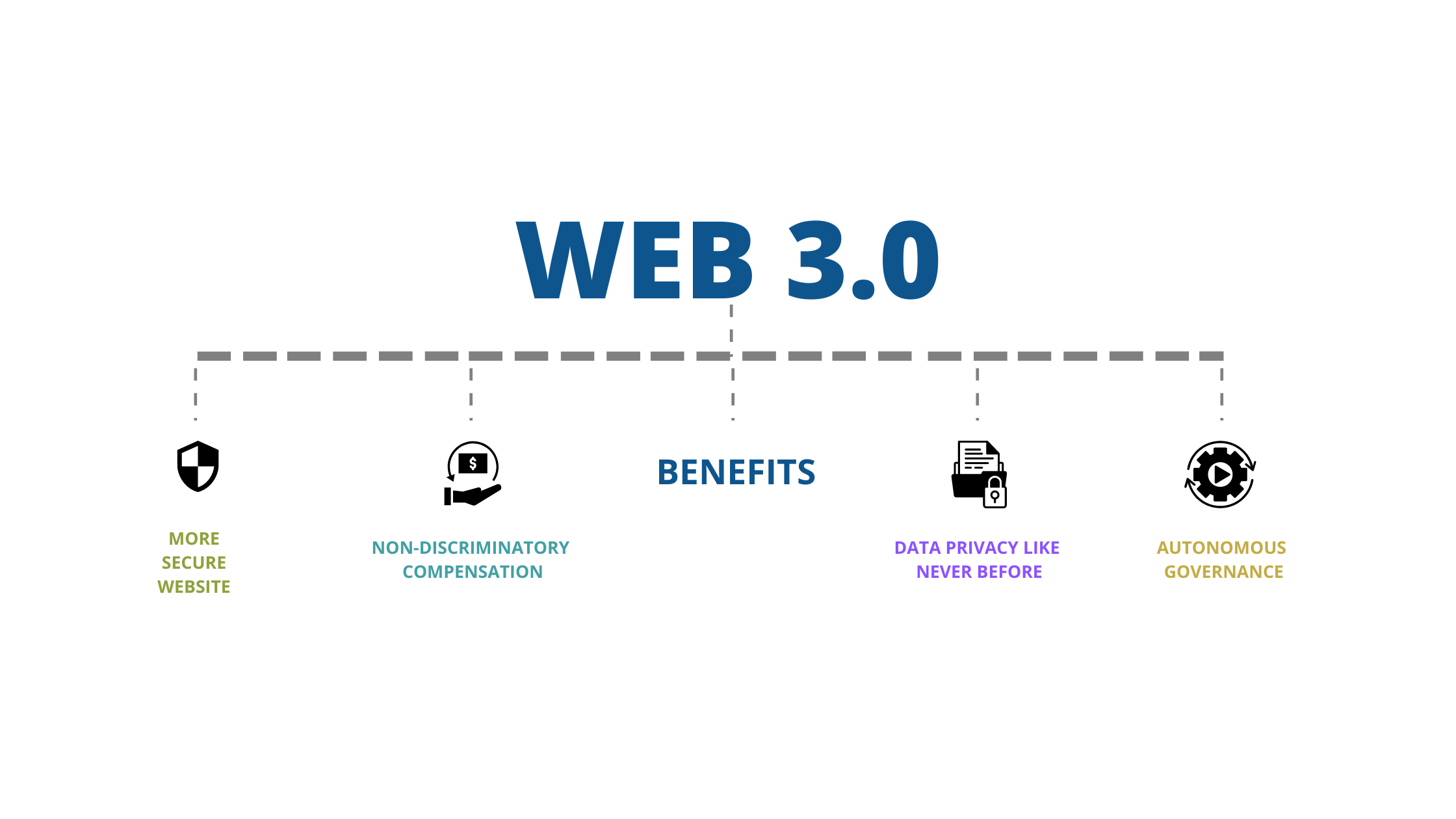 This is pretty simple! WordPress is used extensively to create eCommerce websites, but the biggest loophole in these websites is they are easy to crack. Despite the security measures, eCommerce sites become the main resource for extracting consumer data. When empowered by Blockchain technology, these sites will become hackproof. Hacking a blockchain network is nearly impossible and therefore, it is the best way to keep away cybercriminals.

Tech giants are gold diggers in the era of Web2.0. They offer peanuts to content creators and even sell consumer data to businesses that want to increase their sales. WordPress and Web3 together can minimize this by creating tokens for the online experiences. By using blockchain technology, users and creators would be paid through these tokens which are virtual coins. In fact, WP community contributors can invest in projects that might seem profitable in the future. This makes them active participants and investors in tech projects.

Another significant aspect of combining WordPress and Web3 is that any website developed in WP would be highly secure. Blockchain technology would make these sites hackproof, which is a big relief for eCommerce enterprises. As hackers cannot crack anonymous blocks created through blockchain, no one can grab customers’ data or float ads on websites and apps. This results in the complete privacy of consumer data.

WordPress believes in a collaborative approach, whether it is about development or governance. The current Web2 world is governed by a few technocrats which can be easily dismantled with Web3. The best part is that Web3 will be run by Decentralized Autonomous Organization (DAO) managed by a community. This will break the hierarchy and governance will be in the hands of an autonomous body that adheres to pre-defined rules and ethics. DAO-based businesses would consider creators as active participants and remunerate them after negotiation, which results in a win-win situation for both.

Web3 is in its nascent stages and WordPress is the most powerful web development platform. Together, they would create an internet revolution, which can transform the technological world. WP community should be prepared for a brighter future as well as adapt to the blockchain, bitcoins, and machine languages. WordPress already has a Web3 feel with its open web concept so, it would easily make the transition to the Web3 world. The community should be prepared for the game-changing times and maintain its top rank in the CMS world.