You don't have javascript enabled. Good luck with that. Most Hacked Passwords around the world in 2022 - Is Yours on the List?
Login Register

Most Hacked Passwords around the world in 2022 – Is Yours on the List?

Do you know that an average hacker takes under ten minutes to gauge a 6-character long password? The most hacked passwords around the world are simple, six-character long strings. Yes, the safety of your accounts is just ten minutes and a few characters away from getting cyber threats. Statistics suggest that password hacking is the main cause of 80% of account breaches. The worst part is that 60% of people never update their passwords including those of financial accounts. 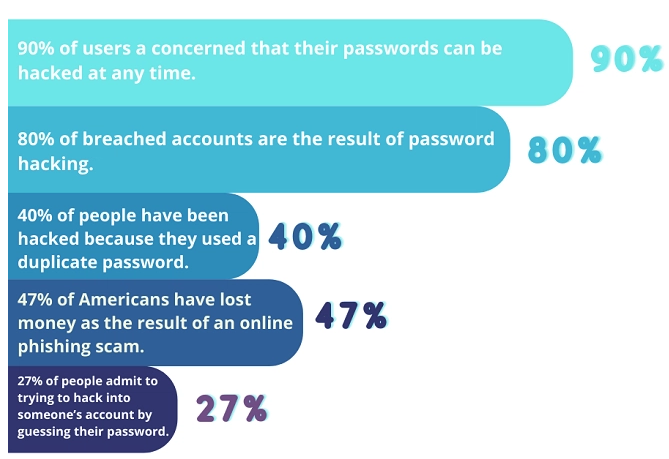 List of top 10 most common passwords in the world: 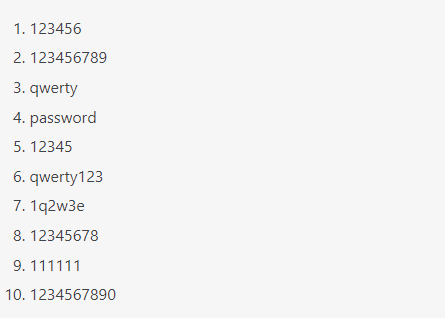 Legal hacking experts and software security companies check the patterns of keeping passwords as per country. They discovered the most common passwords in English-speaking countries.

Some of the most hacked passwords in the world are as follows:

Even non-English speaking countries are the target of hackers and their accounts are vulnerable. So, it is always advisable to create strong passwords.

Common trends followed by hackers for the global crowd:

All these patterns can be easily detected by bots in a fraction of a second. Therefore, it is all the more important to create strong passwords that are not easy to crack. Passwords that are more than 10 characters are tough to gauge so, companies even ask their customers to choose at least 8 characters or longer passwords.

Some startling facts about passwords and their security are:

Quick Facts About Most Hacked Passwords in the World:

After analyzing a huge database, it could be easily spotted that passwords have commonality based on favorite sports, countries, and even age groups. Read some of them to know how cyber attackers can easily crack any password based on these analytics.

After knowing all this, one must wonder how secure is their private account, official accounts, or financial information. Well, it’s tough to keep things guarded in the era of the internet. However, choosing a string password, two-step authentication method, and changing secret keys regularly are some ways to stay secure.

Keeping the same password for all accounts and platforms

This could be fatal as once it is cracked, all your accounts are open to risk. Whether it is your social media network or bank account, one password for all is suicidal. One account hacked will open the doors for all of your accounts.

The same username and password are again a risky combo and a big threat to your account. Keep a habit of creating unique passwords by juggling different letters, numbers, and special characters.

Sharing passwords with others

Password should not be shared with anyone including your partner, family members, colleague, or best friend. Americans are more drawn towards sharing their secret code and hence getting hacked at the drop of a hat.

Logging in to your account from other people’s gadgets

Using other people’s phones, laptops, and even desktops at cyber cafes is a big no. They are the leakages of data and most of them are without firewalls or safety systems so, your vulnerable data is in the open ready to be grabbed. So, avoid using other gadgets for logging in.

Public Wi-Fi can also be a threat as hackers can get a large pool of data by hacking them. It is best not to use public devices or the internet for any of your secure transactions.

Short passwords are the shortest way to be hacked

eCommerce companies and search engine giants ask you to keep a long password. There is a reason for this as short passwords with patterns similar to names are the easiest to crack. Some of the most hacked passwords in the world are of six to eight characters only. Bots can crack them within 8 minutes so, it is advisable to keep long strings at least 8-character long or more.

Common phrases are again a risk

Phrases like names of pets, informal slogans, and professional jargon are usual. They are easy to gauge and therefore, avoid using them.

Many such habits and patterns should be kept aside to keep yourself safe from unwelcome cybercrimes. A little awareness makes a huge difference to save yourself from being a victim of unseen threats and loss of money and undisclosed information.

10 WordPress Security Issues and Tips to Fix Them in 2022

How to create solid and hack-proof passwords?

In a nutshell, your data is at constant risk, and one thing that needs to be done from your end to guard it is keeping a secure, complicated, hard-to-guess password. This will ensure that you don’t give away data on a platter to hackers. Make sure that you put this effort to save yourself from any kind of cybercrime. All the best!!